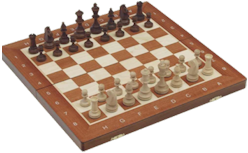 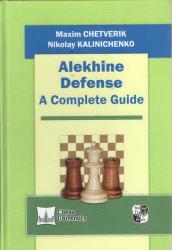 Autor M.Cheverik,N.Kalinichenko , vydané Moskva 2018, 543 strán,jazyk Anglický. The defense of Alekhine, a brave debut that defies all the classical rules of the game at the beginning of a chess game, has evolved over time into a flexible system that allows blacks to either agree to "extreme" options, or to move to three horizontal lines. This is a debut for the gaming positions. Choosing it, Black sets himself, the task of winning, not only to fight for a draw. From playing, both white and black, Alyokhin's protection is demanded by specific knowledge, books, devoted to this protection. This edition, consisting of 16 parts and 87 chapters, examines, among others, the lines of protection, the practice of which is dated exclusively to the twenty-first century. Thanks to modern technology and in-depth analysis, estimates of many previously known variants have also been changed. The book is written in a living literary language and will be useful as chess players with a high Elo ratio, and for fans. Increased format

Learn to Play the Queen´s Gambit

The Art of the Kings Indian

Complete to the Queen´s Pawn Ope...

Complete Guide to the Queen´s Pa...

How i Became Grandmaster at age 1...